Frederic R. Marvin’s sermon, “Christ Among the Cattle,” is seemingly unremarkable. Beyond the evocative title, an odd digression about bird feathers, and an early discussion of baby Jesus in the manger, it is a standard nineteenth-century animal protection piece. Marvin talks a bit about animal cruelty encouraging broader wickedness, addresses the horrors of vivisection, and name-checks Christians who, like Marvin, loved animals. But just as I approached the end of the sermon, and I can only imagine as most of his audience was falling asleep, Marvin said something radical. He started talking about whether animals have souls. And in fact, he concludes they do.

Within Marvin’s context, taking the idea of an animal soul seriously would be quite radical. It might mean restructuring the emerging industrial food system around animal welfare and perhaps require a more intimate relationship between people and the animals they eat. Yet throughout his sermon, Marvin’s asides reflect concern that his claims might seem absurd or improperly sentimental. This got me thinking about what makes some ideas absurd and others radical. It has a lot to do with the power behind them.

The sermon opens with some discussion of biblical injunctions about stewardship of nature. This is all pretty standard stuff. Next, he addresses the cruelty of cattle transportation and then moves to the importance of teaching children to be kind to animals. The emperor Nero tortured birds as a youth and look how he ended up; “a childhood of cruel sports prepared Nero for a career of inexpressible infamy,” particularly towards christians. After addressing vivisection, Marvin makes a pivot by way of an orientalist analysis of the “Arab’s love for his horse,” to the idea that there is some kind of animal soul.

Marvin’s cautions throughout are telling. Before asserting that “Divine Providence” placed Christ in a manger to encourage love for all animals, he stresses that the view is “not absurd.” Later, he asserts that supporters of animal welfare “have not been weak, sentimental, and silly.” In celebrating the aforementioned relationship between “Arab” and horse, he notes that it might appear “absurd to western men.” Marvin knows his argument is not potentially scandalous or outrageous, but ridiculous.

But what made Marvin’s ideas potentially absurd? One factor is gender. Nineteenth-century men attacked animal welfare politics as feminine and therefore, not legitimate or serious. Marvin fights this logic with stories of “enlightened and thoughtful” male animal protectionists. It also explains a lengthy digression in which he mocks women’s fashion and its emphasis on feathers. Implicit is the idea that caring enough about one’s clothes that you’d kill an animal is a consequence of a feminine lack of reason. Marvin clearly shared the sexism of his critics, but disagreed with their characterization of the animal protection movement.

But there’s another factor behind the idea that animal protection is absurd: there’s nothing really at stake in many of Marvin’s contentions, at least for now. He has little power, so there’s no question of restructuring society in a way that inconveniences anyone. Marvin is just a guy with some unusual views.

What makes an idea radical is the possibility that it will actually threaten something in which people are invested. If Marvin’s ideas had more power, then they might be branded dangerous or revolutionary. An analogue today: animal rights skeptics might brand vegetarians and vegans ridiculous at the dinner table, but their tone might change if there was a political movement to forcibly restructure the meat industry. Further, the popularity of “Ag-gag” laws and the prosecution of revolutionary animal rights activists (the kind that break into facilities and release animals) under anti-terrorism laws indicate the difference between what makes a set of ideas absurd and what makes them dangerous. It’s also why people and institutions in power generally want solutions to anything important to focus on individual choice. This emphasis allows the powerful to choose not to care. Marvin does not actually discuss the implications of his ultimate contention, but one could imagine a very different reception depending on his views.

This ultimately makes me think differently about a decision I made in my book, Red Meat Republic. Other than a few isolated spots, I didn’t take nineteenth-century animal rights politics particularly seriously. I was less interested in animal protection ideas and arguments than the origins and power of industrial animal husbandry. Because Marvin was marginal, I didn’t think he was particularly important. But if many powerful ideas start out absurd, and my book is concerned with understanding the dynamics that empower (and perhaps undermine) today’s food system, perhaps I should’ve taken Marvin’s absurd ideas a bit more seriously. 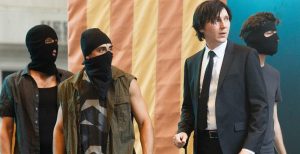